After completing her master's degree at the Institute of Education, University of London, Megumi worked for 14 years at a British inbound travel agency specializing in luxury travel experiences. She has both national qualifications and practical experience as a travel agent and interpreter guide.

As a VIP service director, she has worked on the front-line for Middle Eastern royal families, celebrities, and CEOs of global companies.

While managing some of the world's most elite, she's also been working as a VIP service director for Middle Eastern royal families, celebrities, and other sophisticated world travellers of similar ilk. She is known for her ability to coordinate and respond to the unexpected needs of the world's most upmarket travellers, which has led to her success in maintaining repeat business.

Respected for her unparalleled coordination skills, Megumi has handled more than 1,000 tours. Some of her tours have injected 200 million yen per tour into the Japanese economy, and she's well-acquainted with the needs of travellers who spend 1.5 million yen- plus per day while travelling. 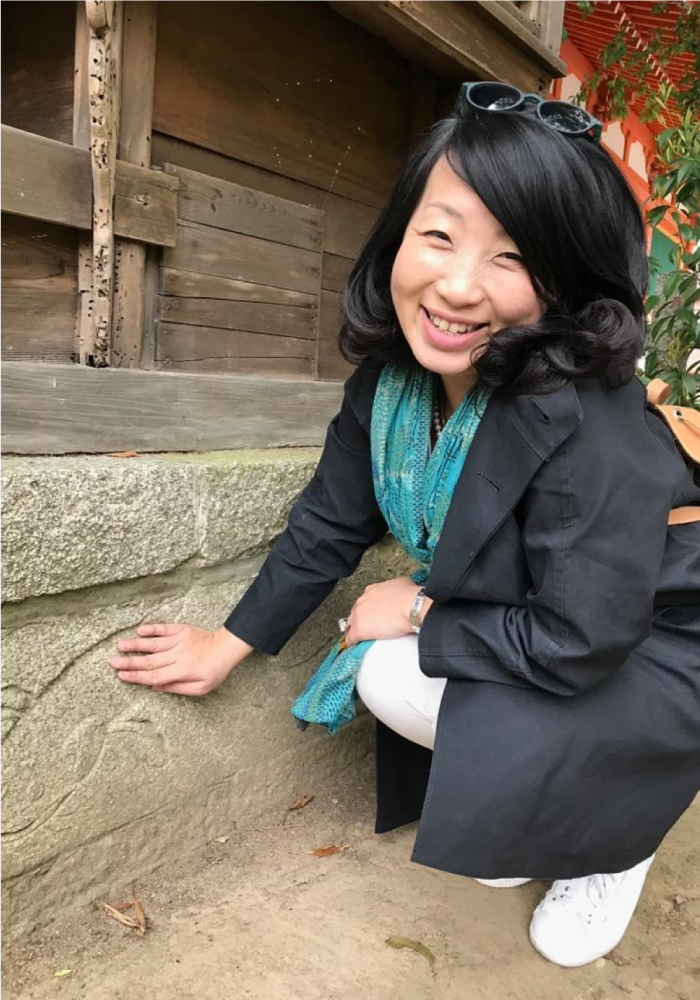 Megumi was in charge of the planning and management of the International Law Firm Reception Party, a large-scale event that saw 1,000 guests from across the globe gather at the Kokugikan Sumo Arena for one unforgettable night. The experience didn't come without its challenges. One such example was that because the Kokugikan is a gym, organisers were not allowed to use fire to cook meals. However, thanks to some innovation and ingenuity, the event featured hot meals over a four-hour-plus period, which included Japanese and western combination buffets, 'chanko-nabe' (a special soup for sumo wrestlers) and a sushi chef who made nigiri sushi in front of the guests. The event also featured a behind the scenes tour of the facility.

Megumi is also deeply passionate about showcasing the beauty of Japan, which many may not have yet had the opportunity to experience. She was a key component of the success of the 24-day long tour, "The Samurai Challenge 2017." The rally featured 120 participants from 13 different countries, who transported 50 of their cars from overseas to travel across Japan along the cherry blossom front in 33 prefectures from Kyushu to Hokkaido. The participants included CEOs of world-famous companies, famous car designers, celebrities like professional golfers and entertainers, and people with experience in world classic car rallies.

The route was designed by the organiser, Rally Round (UK), who sent experts with experience in organising and winning world rallies. Throughout the tour, guests not only experienced beautiful nature, cherry blossoms in full bloom but also had the opportunity to meet people who love the region, interact with locals, partake in festivals and ceremonies, and learn about traditional culture, martial arts, crafts, art, and food. After receiving the second offer, Megumi founded Musubi Ltd., in 2018, becoming an independent travel agent and guide.

After becoming independent, Megumi continued to develop routes in line with the perspective of those on the lookout for the most unforgettable experiences. She has developed itineraries and curated events from the perspective of the affluent and has turned Koga, Ibaraki Prefecture from an unknown region into an elegant, must-visit destination.

Megumi's ideology is simple: the less-well-known an area is, the more opportunity her guests have to make it their own VIP experience. Through Megumi's planning and execution, guests go from tourist to insider.

In 2020, she created a new experience, "Farm & Dining," a tour showcasing the charms of her hometown of Koga. The experience was recognized by the concierge of a five-star hotel and was selected by the Japan Tourism Agency as one of the most exciting "New Tourism" programs.

Through Musubi Ltd., she'll continue to utilize her experiences to develop new tourism in new destinations, like what she has done in her hometown, Koga. Megumi is working hard to create programs for elite world travellers that will help showcase a side of the country not yet deeply explored. By combining her in-depth experience and knowledge of the travel world with her even deeper connection to wider Japan and its producers, Megumi is the perfect person to entrust your next Japan experience with.

What we strive to do

One of Musubi's recent inspirations has been Terra Madre - Terra Madre Salone del Gusto, a food festival held once every two years in Turin, Italy. At this event, producers worldwide gather to share their work and connect with other folks in the hospitality scene. The passion and knowledge for food and how food can embody a culture. The event was so educational and inspiring; it made Megumi (Musubi's CEO) think, "how could we create something similar here in Japan?"

Drawing from what she experienced in Italy, Megumi curated "Farm & Dining", a culinary experience designed, based and hosted by the best of Ibaraki Prefecture's makers. By talking directly with farm owners and sake brewers, the experience allows guests to learn directly about the incredible cultures and culinary innovations of regional Japan.
At the end of the experience, we hope that people will come to feel like they've made brand new family and friends, and we hope Farm & Dining inspires you just as much as Terra Madre Salone del Gusto inspired us. 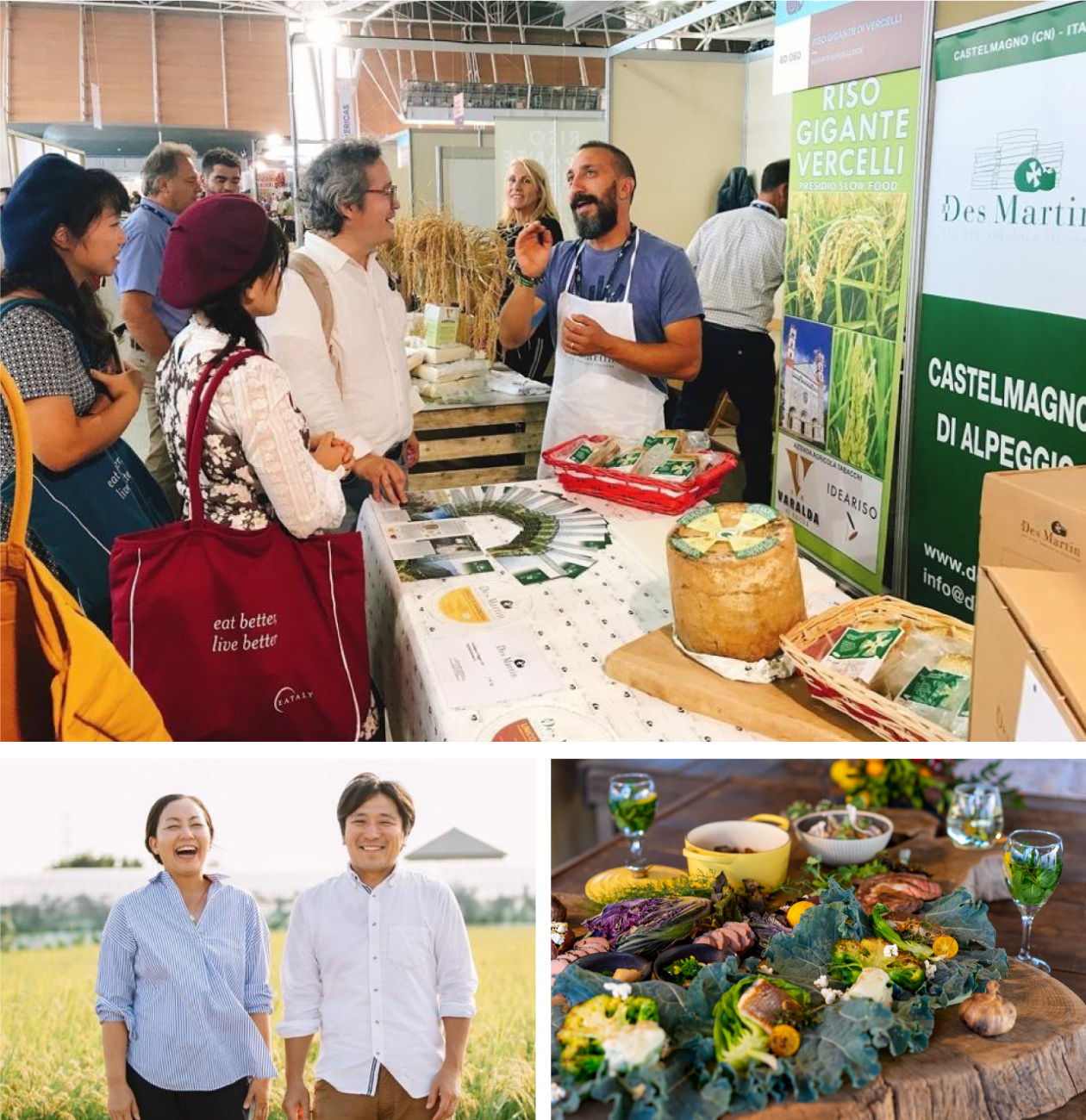 As you can see, Musubi is a travel designer, experience curator, interpreter and guide specializing in Japan. Musubi Founder/ CEO Megumi Masuda and her team have been working with the world's most elite and discerning travellers and their concierge for a not insignificant time. Musubi creates unique and unforgettable Japanese experiences you'll never forget.

From the CEO: "I sincerely hope that all the key players involved in travel creation and my customers will have more and more opportunities to receive the happiness I experienced in my hometown." Through Musubi, Megumi and her team strive to continue to utilize her experiences to develop new tourism in new destinations, for example, in her hometown, Koga. By combining her in-depth experience and knowledge of the travel world. It's Musubi's pleasure to connect overseas travellers with the beautiful Japan that they have yet to see. Please feel free to get in touch to learn more.

Looking for advice, curated experiences or just want to learn more? Feel free to send us a message here, or email Megumi at megumi@musubi-travel.jp