In 2017, Megumi was asked to attend and support the development and execution of The Samurai Challenge, a car rally event catering to the most elite travellers. Since the event’s debut, Megumi and her in-Japan associate and co-organizer Okada-san have curated a whole new, more immersive and in-depth rally tour, titled Grand Tour Musubi Japan. This tour will take the foundations of The Samurai Challenge, a hugely successful event – organized by British company Rally Round – and elevate it to a new level, never yet seen in Japan.
The Samurai Challenge covered 33 prefectures; Grand Tour Musubi Japan's journey will reach all 47 of Japan's prefectures, inspired by the incredible work of its predecessor. Megumi and her team are also working on new classic car and prestige car tours across Japan.

See the country at a whole new pace

World-class classic car tourism is a popular form of tourism among the world's most discerning travellers. While its characteristics vary from competition-style to touring for sightseeing purposes, one thing is for certain guests will see the country in a whole new way, as these types of trips are characterized by their emphasis on interaction among participants and experiencing local culture. It’s a slow and sophisticated way to explore the world in your car while enjoying cultural experiences and interacting with the local people in the sightseeing areas.

The future goal is to create a touring course around Japan that can be enjoyed for both short and extended trips. "Grand Tour Musubi Japan" will be the kick-off event. It's a two-day, one-night tour starting from Tokyo, the aim of which is rediscovering the unexplored beauty of Japan.

There will also be a system in which participants will receive an original stamp for each series. Guests will be able to travel around Japan and collect stamps from each of the series. The event will allow participants to interact and socialize with each other and introduce a charity ceremony.

This style of touring is fundamentally different from competitive rallying around the world. Competitive rallying in many countries focuses on driving long distances, it’s competition centric, where often the wives and co-drivers are stuck in reading the maps, and cannot enjoy the trip freely.

Megumi in collaboration with Liz Wenman, the president of Rally Round created a solution, one that will continue to shape the future of travel in Japan. GT Musubi is built around the ideology of embracing a slow and sophisticated way to explore Japan by car, a new more engaging style of travel.

The 120 participants from 13 countries included CEOs of various companies, famous car designers, celebrities such as professional golfers and entertainers, and participants in the world's highest standard classic car rally.

The participation fee for the experience is 26,500GBP (approx. 40 million yen, calculated at 150 yen per pound) per car for two people. The fee includes accommodation, rally plates, maps, Rally Round mechanics, doctor support, a photographer, video team, medals and souvenirs. The prices do not include international and domestic flights, international transportation of your car, insurance for your car and participants, fuel and other expenses not mentioned in the itinerary.

Liz Wenman, the president of Rally Round, described the customer base as:
Discerning travellers
Sophisticated tourists
Insightful global travellers 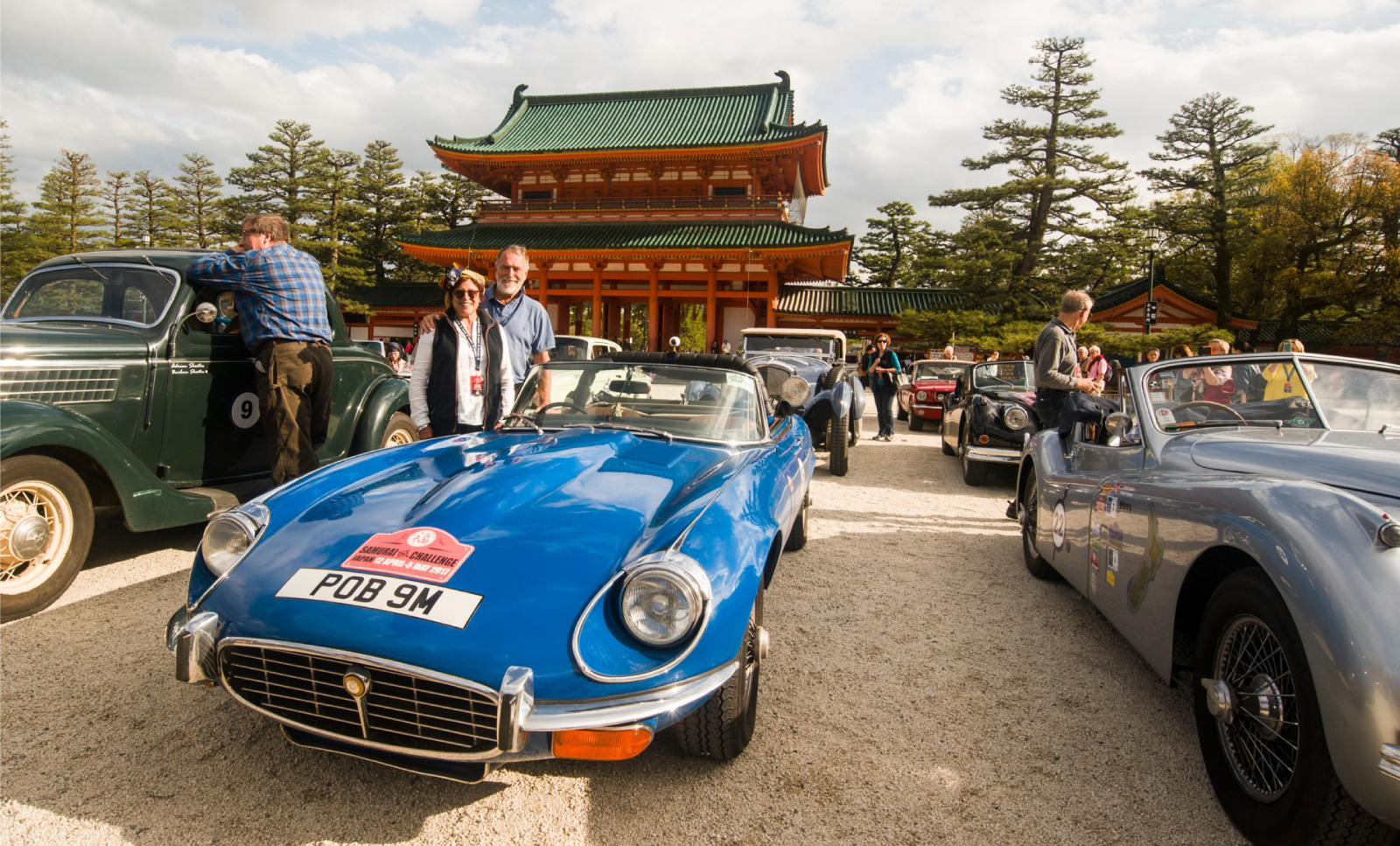 What was "The Samurai Challenge"?

"The Samurai Challenge" was the first classic car tourism event in Japan organized by British Rally Round, and supported by the British Embassy and the British Chamber of Commerce in Japan, and certified by FIVA (Federation Internationale des Vehicules Anciens).

The route, which connected the 33 prefectures, was designed by Rushforth and Bayliss, two Englishmen who work exclusively for Rally Round. It was designed to satisfy sophisticated world travellers from all over the world.

They visited Japan a year in advance and used GPS to explore the roads and select the routes between the places to visit and the places to stay. The paths were designed by people who won prizes and had experience in managing the project, giving the tour a "yet-to-be-seen" feeling, and guests couldn’t believe such incredible diversity was all in the same 'Japan.'
Contact us 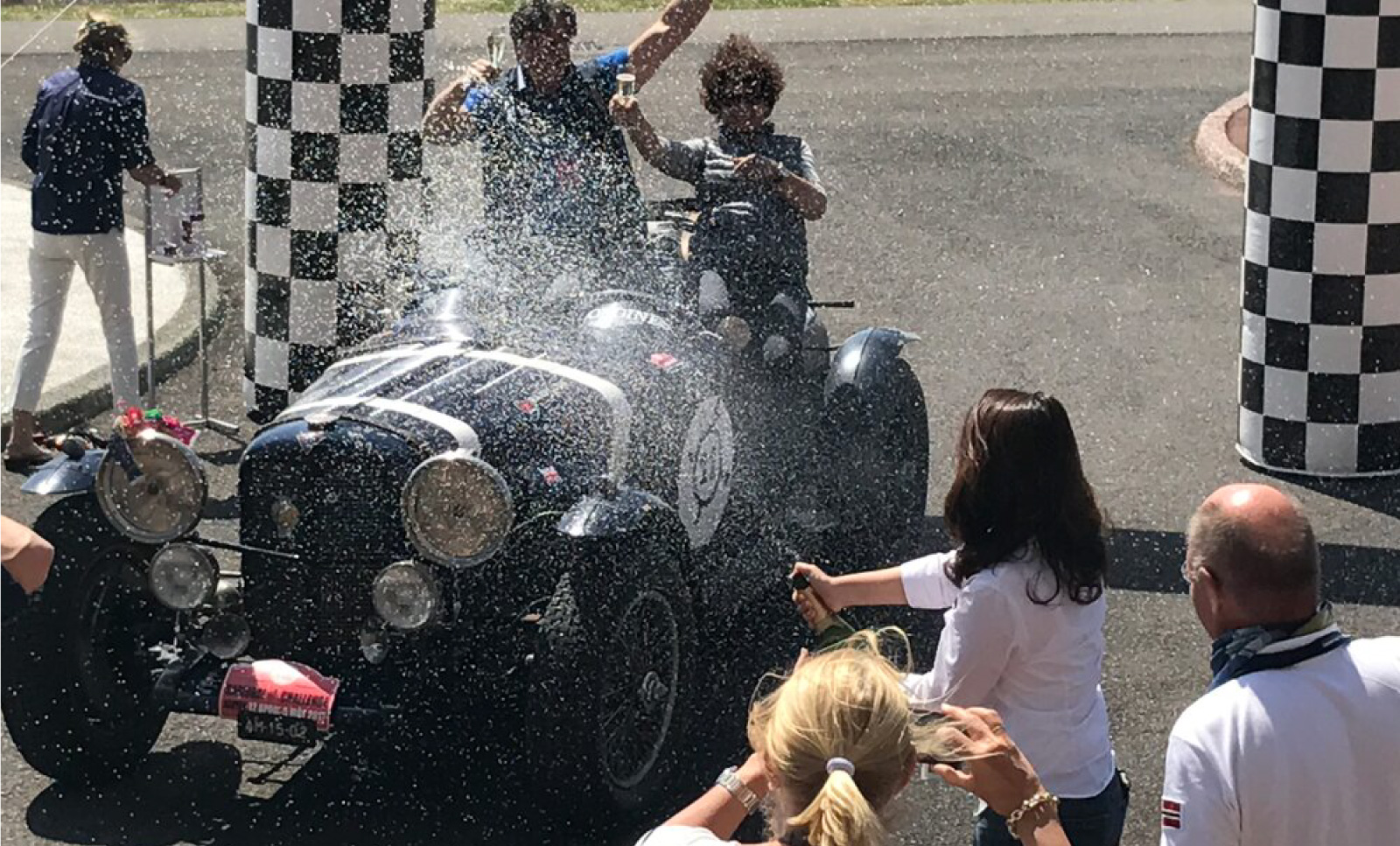 I have participated in several historic car rallies such as Mille Miglia and Targa Florio in Italy. As for British classic car event, I was once invited to the 2000 Goodwood Festival of Speed, where I joined with the CISITALIA 202 CMM Aerodynamica.

I have always paid a profound respect for U.K., where motorsports was developed. Therefore, I visited Vintage Sports-Car Club (VSCC)’s race events and Prescotto Speed Hill Climb racing several times and published articles on such events on automotive magazines in Japan.

In fact, Japan is closely connected with U.K. in automotive field as well. The automotive law in Japan was devised based on the automotive law in U.K., and therefore, Japanese cars are right-hand drive vehicles, and drivers keep to the left side of the road. The world’s first ever purpose-built motorsport venue, the Brooklands Circuit, was completed and opened in 1907, when its first race was held and a Japanese driver won the second place.

This type of adventure became possible because U.K had embraced many adventurers historically. I see Isabella Bird, the female adventurer who traveled alone in Japan in 1878, in Liz, the host of the Samurai Challenge. 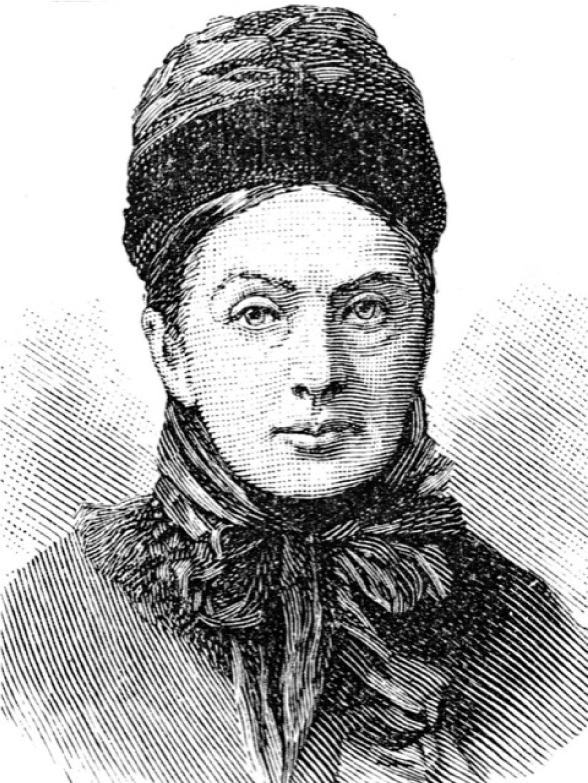 The Samurai Challenge came true as scheduled in 2017, and I attended and supported the journey, where I was greatly impressed by the experienced staff from U.K. Liz, the leader and host of this event, solved all the problems immediately together with a few but experienced staff, and the rally proceeded without any interruption. Megumi was definitely the key staff at the Samurai Challenge. This event would not have worked well, if Megumi was not capable of arranging preparations to receive the rally team and solving problems in various places all over Japan. The rally participants was smiling and satisfied after finishing the rally every day thanks to the perfect rally management of the Rally Round’s staff, but they were relaxed at dinner tables thanks to Megumi’s perfect hospitality. I could tell that, as I was closely working with her every day.

I would like to extend my sincere support to Megumi with all my strength and heart, as she starts her own business by leveraging her extraordinary experiences. I would like to share the guests’ smiles, the proof of her hard work.

For your information, Kishichiro Okura, was the man who won the second place at the first race at the world’s first ever purpose-built motorsport venue, the Brooklands Circuit, which was completed and opened in 1907.

Kishichiro was the second generation of Okura Zaibatsu Congromerate, and the founder of Hotel Okura. He was baronized at a later stage. 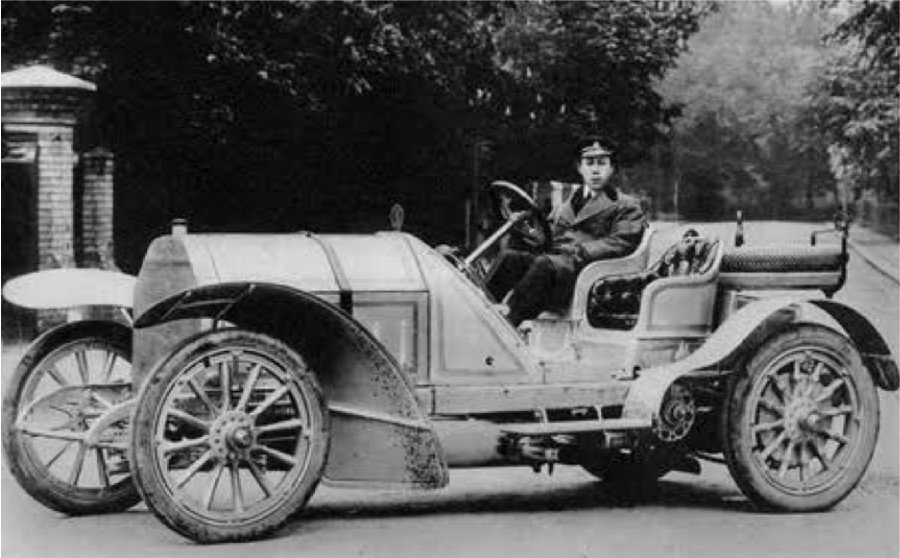 As an advisor, Kunio has been providing consulting with planning and management of Auto Galleria LUCE in Nagoya, since its foundation. He has also supervised and designed various cultural and automobile events. He writes articles in different media and magazines, based on the expertise he has gained through books and local interviews at the rally events. His main book, “Le Corbusier et son amour des voitures! (Le Corbusier and his favorite cars),” was published by Heibonsha, and his articles were published on CAR MAGAZINE and AUTOCAR in Japan. 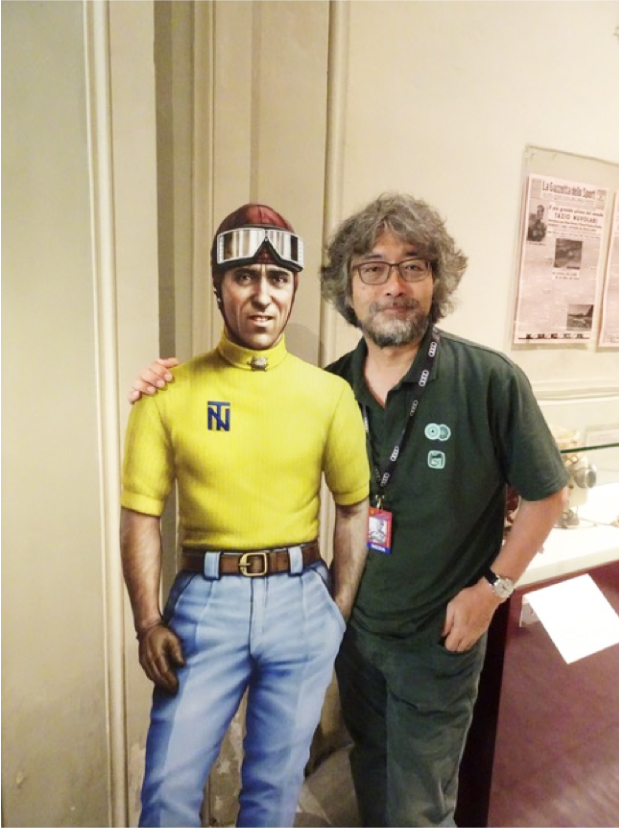 Looking for advice, curated experiences or just want to learn more? Feel free to send us a message here, or email Megumi at megumi@musubi-travel.jp